How Old Is Your Globe?

How to Use Your Globe 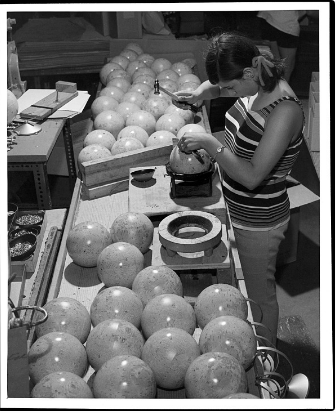 Replogle is named after Luther I. Replogle, the 1930 founder and one-time school supplies salesman that saw a need for globes in every home.

Luther and his wife Elizabeth Replogle, known as “Rep” and “Bets”, started the company in their apartment and an adjacent basement with $500.  After a rocky start, the new company’s first big break came when the eminent Chicago retailer, Marshall Field and Company selected Replogle to produce a globe for the Chicago Century of Progress World’s Fair in 1933.

After a lull in business prior to the U.S. entry into WWII, the new company kept growing to meet the need for globes.  Later as the nation fought, the changes in borders as a result of the war and the economic boom times after WWII kept the demand for globes growing well into the 1970s.

When the company started, it made globes by buying printed globe sheets from another company, cutting them into strips called gores, and hand fitting the gores together.   As the company grew, the hand crafted tradition continued, and cartographers were hired for  exclusive maps to be printed for their globes.  Special heated forming presses were purchased to form the globes into spheres. The company continues to make hand covered globes the old fashioned way, but globes made from the new process are more economical and allow most anyone to afford a globe.

Luther Replogle sold the company to Meredith Publishing (owner of Better Homes and Garden magazine) in 1959.  He continued to head up the company until his retirement in 1969, when he was appointed by U.S. President Richard Nixon to become ambassador to Iceland.

One of the most well-known globe models in the world was developed during the Luther Replogle years.   It took 3 years for the cartographers to draw and research this huge globe that many U.S. Presidents have proudly owned.  The Diplomat model is a 32” diameter globe with over 22,000 place names.  (Many of the standard models contain around 4,000 names.)  The globe is illuminated from the inside and rests in a handcrafted hardwood stand.  Its tooled, solid brass meridian allows the user to completely turn the globe upside down to see Antarctica.

The company has had several owners since founder Luther Replogle retired. In 2014, with the lingering effects of economic downturns and a new globe product line that did not fit in with their established market, Herff Jones announced that they would sell part of the division and close Replogle Globes.  Employee Joe Wright expressed interest in an employee buyout of the company.  Ultimately a group consisting of Wright, Clayton Chang, Mark Hoddenbach and Slavica Kutlic dug into their savings, put up their homes as security, recruited investors, and purchased Replogle Globes from Herff Jones on September 12, 2014.

The new owners moved operations back to the Chicagoland area in Hillside, Illinois, just a few miles from the previous Broadview, Illinois location.   Former employees were contacted and came back to Replogle.

While Replogle Globes continues to offer the traditional lines of globes such as heirloom floor models with hand crafted globe balls and wooden bases, the line has continued to grow to include interactive smart globes such as the Intelliglobe II, a designer series globes for the home/office décor market as well as custom designed globes for brands and companies around the world.

Today, Replogle is the world’s largest manufacturer of globes.

The company is based in a 55,000-square-foot facility outside of Chicago. Most of its globes are still painstakingly hand made in the USA by artisans who have spent the better part of their lives with the company.

Today Replogle continues to use eco-conscious practices, material, and product for use in our daily production and business operations. 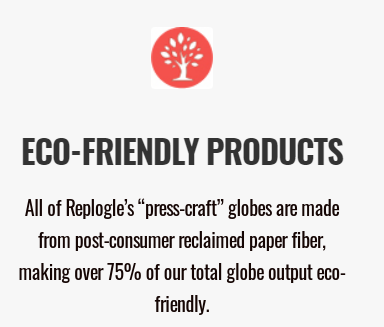 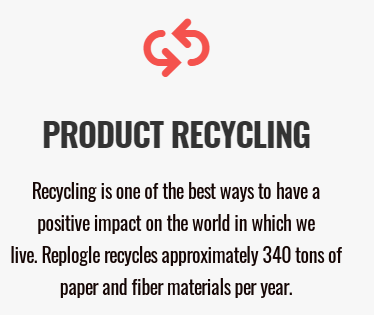 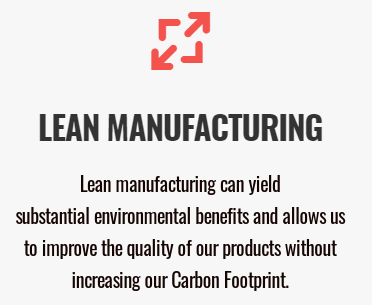 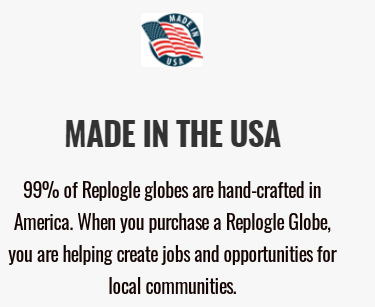 The maps on all Replogle Globes show nations, colonies, possessions, boundary lines and place names as approved by the United States Government. Maintenance of the content of these maps requires frequent communication with the U.S. Department of State, The U.S. Board of Geographic Names, and the National Imagery and Mapping Agency.

In addition to the sources mentioned, Replogle communicates with embassies of other nations in Washington D.C. and foreign consulate offices in Chicago for help with new changes in boundaries and names. We also use material from official foreign place-name agencies equivalent to our U.S. sources.

In some regions, political claims are noted by neighboring nations, but the color (and border) is shown in accordance with the region’s actual political affiliations or status. Similarly, alternative or former place names are shown in parentheses.